The 'FLYING SCOTSMAN' at Carlisle

During July to September 2016 seven excursions organised by 'The Railway Touring Company' headed by the 'Flying Scotsman' ran between York & Carlisle.  All were fully booked demonstrating the popularity of this world famous locomotive.​
​This page contains a photographic record of one of those Sunday excursions on the 21st August as viewed from Carlisle Citadel Station.

.A brief history of the world famous locomotive is presented below but much more information can be found on the dedicated website of The National Railway Museum. 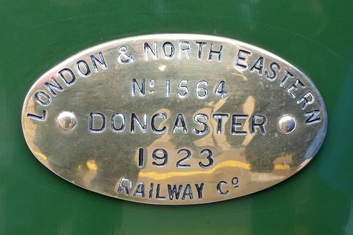 Locomotive number 1472 (no name) emerged from Doncaster Works in 1923 for LNER as part of the A1 class, the most powerful locomotives of that time.  It wasn't until 1924 it was renumbered 4472 & given the name 'Flying Scotsman'.

​Since then it has had a long, but sometimes troubled career.  It was the first locomotive to reach 100mph in the UK,  was rebuilt as an A3 Pacific after the war & finally retired by British Rail in 1963.  Between then & 2004 several high profile owners were involved in preservation & fundraising tours to America & Australia.  However, in 2004 disputes over ownership surfaced & the National Railway Museum stepped in with a plan to save the locomotive for the nation.
Since 2006 extensive restoration has been undertaken at a cost of £4.2m funded by public donation & grants.  The result is a working museum exhibit which has ​begun the next phase of its life.  ​It can now be seen in its green BR livery bearing number 60103 on mainline tours bringing the thrill of steam to a new generation of enthusiasts.  ​Passengers can experience all levels of service up to Premier Class accommodated in heritage carriages.
The summer Waverly excursions travelled via Durham & Hexham to reach Carlisle mid-afternoon.  It had been planned to use the scenic Settle to Carlisle line but this was still undergoing repair after damage resulting from storm 'Desmond' in December.  The track bed became unstable after a landslip in a remote part of Cumbria at Eden Brows near Armathwaite in the Eden Valley.  A new structure is being built underneath the railway to support the line.
The tour arrives on time at Platform 1, passengers disembark & a throng gathers around the locomotive to take photographs. 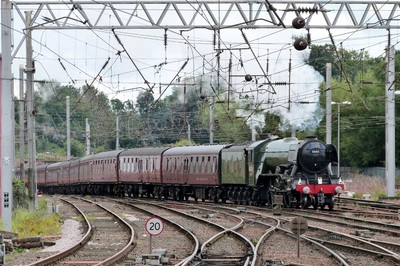 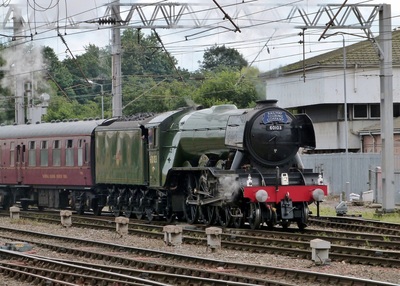 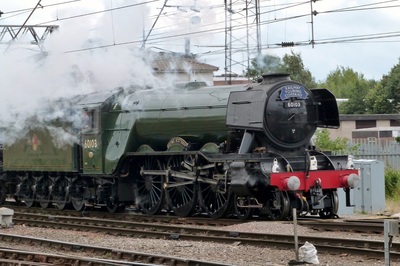 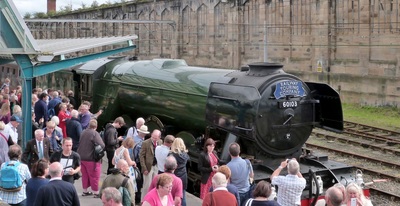 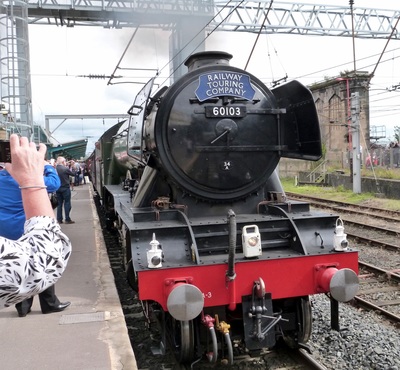 Passengers have 3hrs to spend in Carlisle.  During this time the locomotive plus service carriage is turned in preparation for the return journey.  It travels north to clear the platform before reversing through the station and onward to Upperby where it is turned on the 'triangle'. 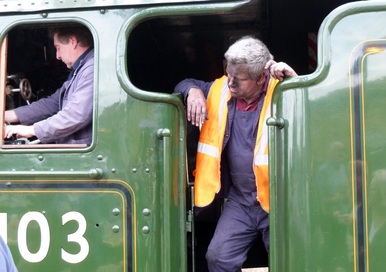 ​The crew have a 90min break at Upperby while the locomotive is serviced before it is reversed back onto the head of the train.
​
Now begins a period of great excitement for passengers & enthusiasts as they organise photographs of themselves alongside the 'Flying Scotsman' and are allowed onto the footplate.

​Having arrived with a 'Railway Touring Company' headboard, it is swapped for 'The Waverley' for the return trip. 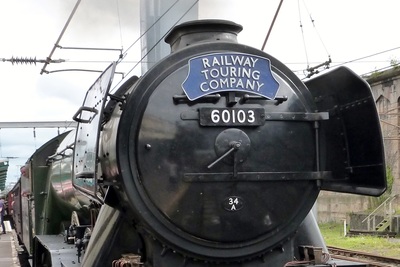 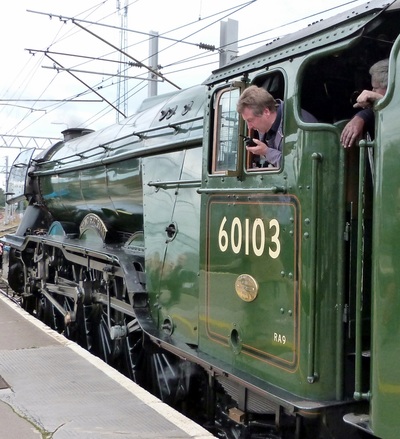 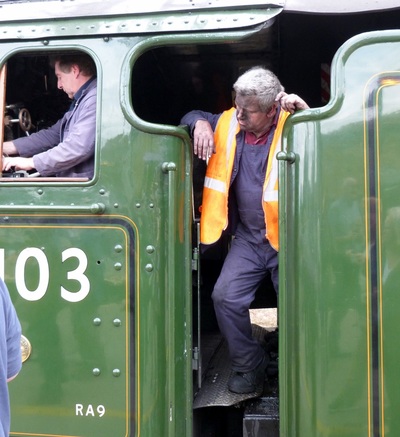 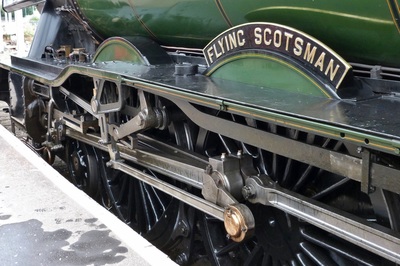 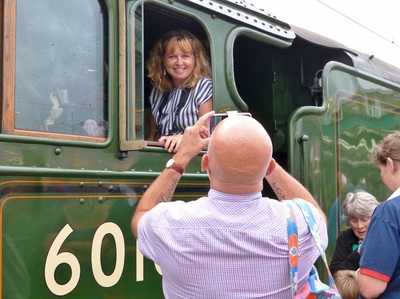 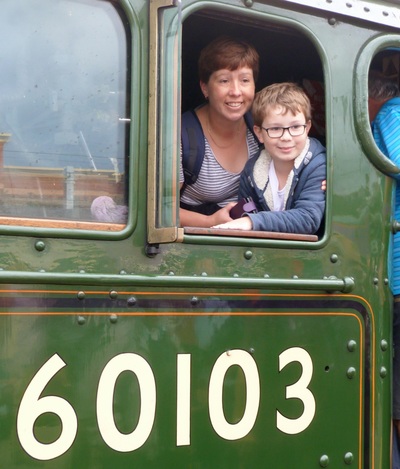 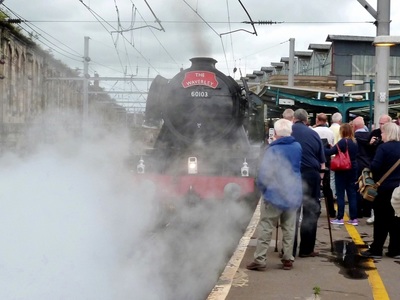 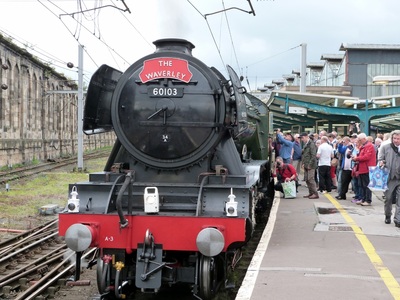 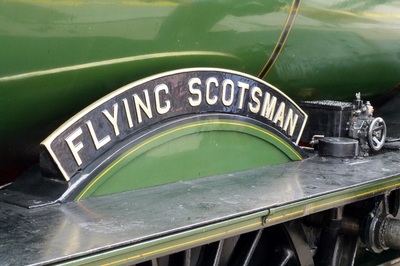 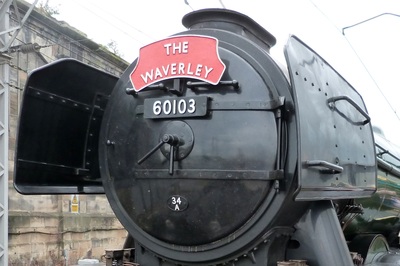